Take a closer look at our work 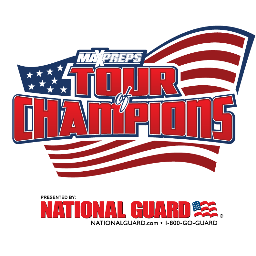 MaxPreps Tour of Champions presented by the Army National Guard

“To have arrived in a new system with a new school and have the opportunity to go in and meet the coach, AD, students, and families of East St. Louis was unbelievable. I was assigned to this school one week ago and this program has now allowed me into the school for this great ceremony and also an opportunity in the future to come back and talk to the students.” - Sergeant First Class Mario Saenz – Army National Guard

“Thanks for all your help on making this program a success. I really believe that the more positive exposure we get from the Tour of Champions the easier it is for our Recruiters to get into the High School market. The Tour of Champions has become an extremely effective program for the National Guard in many ways.  The Tour allows access for recruiters in the schools to get in front of students and directly inform them of the benefits in becoming a member of the National Guard.  Specifically, the athletes are individuals we ideally look to recruit mainly because of the qualities they already deliver; commitment, dedication and teamwork relating directly to what we look for in a National Guardsman.  As the program grows, we are continually seeing greater interest in the National Guard and I hope to be a part of many Tour Stops in the future. I trust that we will continue the partnership with MaxPreps.” - Colonel Timothy Marlar, Kansas National Guard 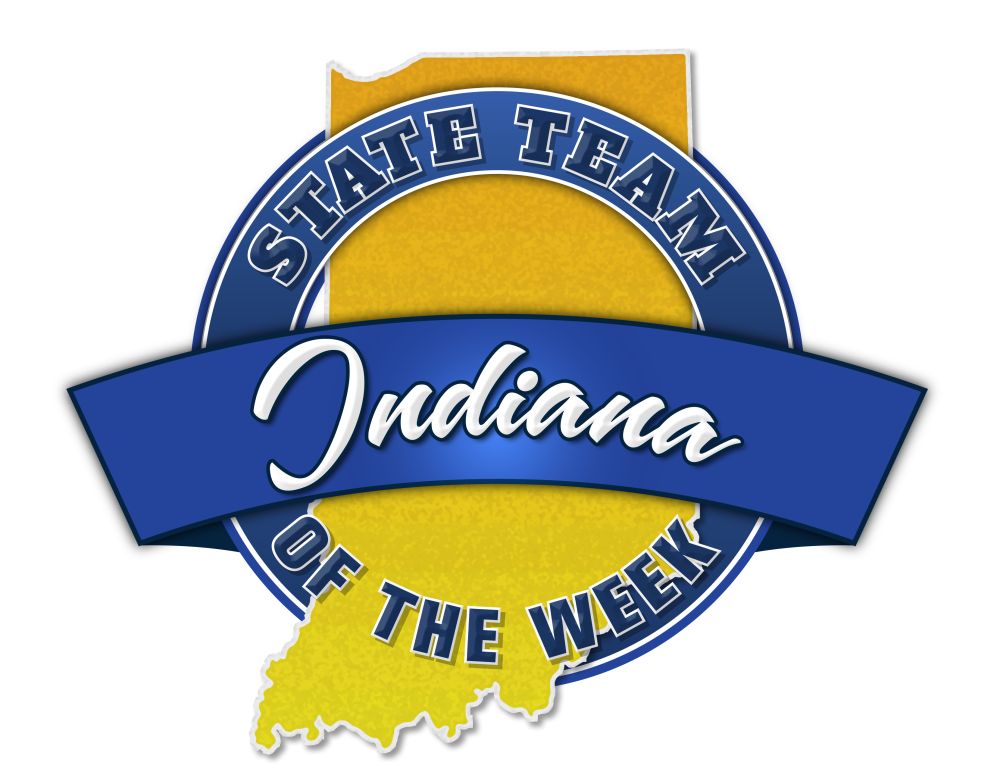 “I would have to say that standing up in front of the school's staff and parents, athletic department and the team meant a lot to them and myself. It was good to bring the local National Guard and the school together to show everyone that we are involved and that we do reward people for doing hard work. All the students say hi to me and bring their friends up to talk to me when I visit and also the athletic department let me be more involved with the teams. Thank you for letting me be a part of this.” -Sergeant First Class Matthew Isenhower- Indiana National Guard

“Being from a rural area and having played on those smaller teams, this program is outstanding. We sometimes fall into a small town attitude that unless we break records no one will know who we are. This program proves that you just have to be competitive and play your hardest because someone is always watching. This award may be given to the teams but represents the communities. The players of the Irrigon Knight Boys' Basketball team didn't high five each other after receiving the award. They turned to their home crowd, raised the award high above them, and the gym erupted into a heavy metal band loudness. The energy was felt thoughtout the gym and you could see and feel the community pride. The away team stood up and even gave a heartfelt applause. To be a part of something like that was an amazing experience. It is an honor to be a part of the program and look forward to doing this again next year. This partnership shows what I personally believe the Oregon National Guard represents: community pride and involvement."- Staff Sergeant Christopher Elliott – Oregon National Guard 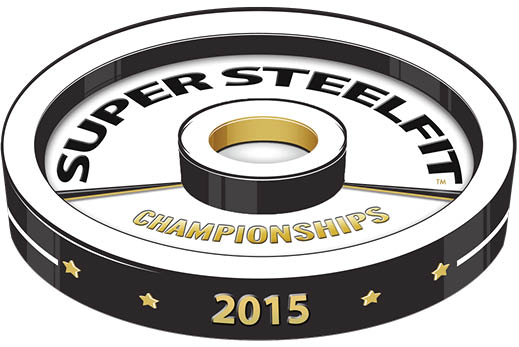 Finishing its third year, the Super SteelFit Championships is a New Jersey based functional fitness competition designed to find the fittest of the fit. With six divisions [Men: RX, Scaled, and Executive (ages 40+), Women: RX, Scaled, and Executive (40+)], the participants competed in workouts at the four Qualifiers, hosted in New Jersey Army National Guard armories, and the Finals, which took place on the beach at Jenkinson's Boardwalk in Point Pleasant, NJ, that tested all areas of fitness.

"The event ran phenomenally. Super SteelFit gets the biggest venues and makes us feel like we are on a bigger stage," said Kevin Varno, 2014 Men's RX Champion. 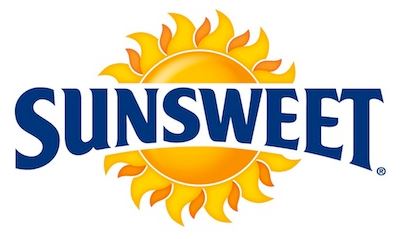 Precision Sports Entertainment, utilizing an aggressive and comprehensive sponsorship sales plan including multiple sponsorship sales executives, determined sponsor engagement and “event within an event” strategy to key sponsor categories would be the most effective way to maximize the inventory for the triathlon event.

Precision Sports Entertainment, after the title sponsorship was sold, analyzed the remaining inventory available and conceptualized new inventory to ultimately package and create “special tailored events” or relative-programs for corporate partners. Some of the programs including but not limited to the Presenting Event sponsorship, Diaper Race, the Financial Executive Challenge, the CEO Challenge, The Underwear Run, and the two-day Sports & Fitness Expo and so on.

Each program engaged the triathlete consumer and their family and friends in a unique, positive manner that ultimately leaves a lasting impression for the corporate partner. PSE determined to sell “title” sponsors to each “event within an event” experience approached the brand who best matches the “experience” psychographics.

The following “unique positions” were conceptualized and sold:

In addition to the above, PSE was also able to create customized programs for Clif Bar, Muscle Milk, Xterra Wetsuits, Tri-Cycle Rentals, and more for the 2013 event.

“Janus was not looking to add another triathlon to our sponsorship portfolio, but Precision presented us with such a compelling activation idea for the New York City Triathlon that we are now entering our seventh year of sponsorship with hte race. We were able to develop the concept presented into a program that not only supports our brand strategy, but allows us to get in front of our key client base in an innovative and relevant way."  Casey Cortese, Director of Corporate Sponsorships & Events JANUS 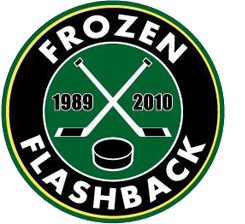 "Precision Sports Entertainment was absolutely critical to the success of our event. They did an outstanding job promoting the event, coordinating with sponsors, and procuring and managing the press. Event details and logistics were extensive and complicated, yet it was a smooth operation thanks to PSE. We could not have done it without them.” James Olsen, "Frozen Flashback" Managing Director and Class of 1989 Delbarton hockey player

Precision Sports Entertainment was give the directive by the New York City Triathlon to search for a Naming Rights sponsor. This entitlement position became available after Ford Motor Company lowered its commitment from a title to a "presenting" sponsor.
Strategy:

PSE researched the triathlon marketplace and evaluated its corporate brand communcation database to find a potential fit for the event. Having determined that Nautica appeared to be a perfect fit, PSE approached Nautica about the opportunity to "own" a lifestyle event in a key market near its corporate headquarters. Moreover, Nautica, having an existing presence in the triathlon industry, viewed the marketing opportunity as a means to connect with a key demographic: the high income, lifestyle-focused, corporate level executives with families.

Initially, Precision Sports Entertainment secured a three-year title sponsorship on behalf of the New York City Triathlon. Nautica received extensive regional and national marketing and advertising benefits in return for its investment. Furthermore the event was called the "Nautica New York City Triathlon presented by Ford" from 2006 to 2009. Nautica then renewed terms for another three years and the event was called "Nautica NYC Triathlon presented by RCN" for 2010 and 2011. 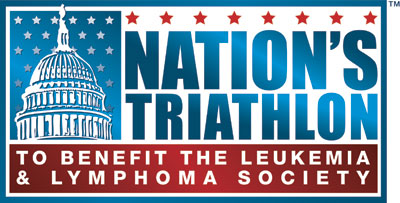 In February 2007, Precision Sports Entertainment was selected to increase the sponsorship portfolio for the Nation's Triathlon, which at the time just completed its inaugural race. Precision Sports Entertinamnet, drawing its experience from the Nautica NYC Triathlon, utilized an aggressive and comprehensive sponsorship sales plan including multiple sponsorship sales executives and a similar "event within an event" strategy to maximize the inventory for the triathlon event. PSE leveraged its relationships within the triathlon industry and also infiltrated the Metro DC and Mid-Atlantic regions. Additionally, PSE researched and identified races in the region to see what sponsors were active within the local area. PSE was able to secure blue chip sponsors for a second year race that hosted approximately 1,000 triathletes.

In its first year working with The Nation's Triathlon (2007), Precision Sports Entertainment secured a title sponsor to the 2-day Sports and Fitness Expo (UnitedHealthcare), a hydration partner (Cytomax and Coca-Cola), an automotive partner (Porche), a retail partner (City Sports), and a host of other corporate sponsors. In total, PSE procured fourteen (14) partners in just over six months.

In year two (2008), PSE successfully renewed a high number of 2007 partners and expanded the portfolio to include JetBlue as the official airline and Finish Festivle title, Nissan as the official vehicle, University of Maryland University College as the title to The Nation's Triathlon sub-race called the "Military Challenge", and Timex as the official timekeeper and title to the "Timex Timing Zone, and much more. In total, PSE increased the sponsorship portfolio to twenty-one (21) corporate partners the following year.

In 2010, in its 4th consecutive year representing The Nation's Triathlon, PSE secured close to forty (40) corporate partners for the 8,000 person triathlon.